Activists and critics argue that “Blue Lives Matter” is offensive and even racist, but pro-police advocates say the phrase is intended to draw awareness to the sacrifices that American law enforcement make every day to fight crime and protect their country.

One Blue Lives Matter Facebook page with over 2 million likes describes itself as “dedicated to the warriors who stand on this line, to those who wage war in the streets, to those we have lost and will lose, to our brothers and sisters.” A popular Blue Lives Matter Twitter account tweets about sensitive cases involving police and describing fallen police as “heroes.”

The registered 501(c)3 nonprofit organization Blue Lives Matter NYC’s mission is to “raise awareness and enlist the public’s aid for the needs of police officers,” “to help police officers and assist each other,” and to provide the family of police officers “comfort and support as they go through hard times.”

“It’s been obvious from the start that Blue Lives Matter originated as a troll,” wrote The Week’s Ryan Cooper in January. “It’s a reference to the leftist slogan Black Lives Matter (BLM), of course, intended to both deflect attention from the ongoing plague of police brutality and to suggest that the left doesn’t care about police lives.”

“It’s a typically dishonest piece of propaganda from a political movement,” Cooper said, “that has an entirely instrumental relationship to facts — thus the maudlin carnival of fake grief whenever a police officer is killed in a way politically convenient to the far right (or when the police kill a middle-class white person, something the far right would have ignored or celebrated prior to BLM).”

Diversity and inclusion reporter Jasmine Vaughn-Hall, the daughter of a black female cop, formerly wrote that saying “Blue Lives Matter” is incredibly divisive and that “asking for Black lives to matter is demanding that police officers are held accountable when there are outright and questionable uses of force.”

“Blue Lives Matter” was always an expression of the belief that the role of police is to defend America’s traditional racial order, not an actual statement about the value of human life https://t.co/hoggvgNhKn

“The lives of police officers have never been devalued — they’re literally trained and empowered to protect their lives by any means necessary,” Vaughn-Hall wrote. “No one is born ‘blue’ or destined to be a police officer at birth. It’s a choice — and a noble one. People are born Black and they’re affected by that fact every day. Their skin is not a uniform they can take off when their shift’s over.”

Social media figures like Bree Newsome or the account Public Citizen insist that saying “Blue Lives Matter” is the equivalent of claiming black lives are worthless.

But others argue that the phrase is merely a defense of police officers who put themselves in harm’s way on a daily basis. (RELATED: ‘Stop Treating Us Like Animals And Thugs’: NY Police Union Boss Demands Respect For Police)

“Human life matters,” Johnson said. “Human life is a good thing. It shouldn’t be controversial. Human life matters, and it should be protected, regardless of the color of someone’s skin or the uniform they wear to work each day. And so should the lives of law enforcement officers.”

At least 360 police officers have been killed in the line of duty during the past year, according to data from the Officer Down Police Memorial Page. A report released by the Major Cities Chiefs Association (MCCA) in October found that over 2,000 police officers were injured in only the first few weeks of riots and protests following the death of George Floyd.

The resentment and violence against law enforcement has prompted many police officers to resign. The Seattle Police Department announced as recently as Thursday that more than 200 police officers have left their jobs since last year, citing an anti-police climate in the city’s policies. (RELATED: Daily Caller Reporters Arrested During Louisville Riot)

Dori Koren, who serves as Chairman of the MCCA Commanders Group, told the DCNF that MCCA roughly estimates that 49 cities were experiencing protests and unrest between about April 11 and April 19 of this year. The demonstrations differed from those of last summer in that both the number of events and the crowd sizes were smaller in April, he said.

MCCA estimates that elements of violent extremism were present in about 27% of those 49 cities in April, Koren told the DCNF, noting that extremist activity included Antifa, Black Bloc, anti-fascism and white supremacy.

The MCCA Commanders Group chairman said that at least 10 cities were experiencing one or more events involving violence towards police in April — such as throwing rocks, paint, or frozen water bottles at officers, using lasers to damage officers eyes or shooting officers.

The DCNF spoke with a Fairfax County, Virginia, police officer who described how a number of his fellow officers have left the police force to head to red states like Florida where they won’t be made examples of and where their local government will back them up.

“Some of them just quit and went to private sector jobs,” the officer, who asked to remain anonymous out of fear of reprisal, told the DCNF. “We had other people that said ‘fuck it, I’m transferring’ and went to another state. Which is what I’m doing.” 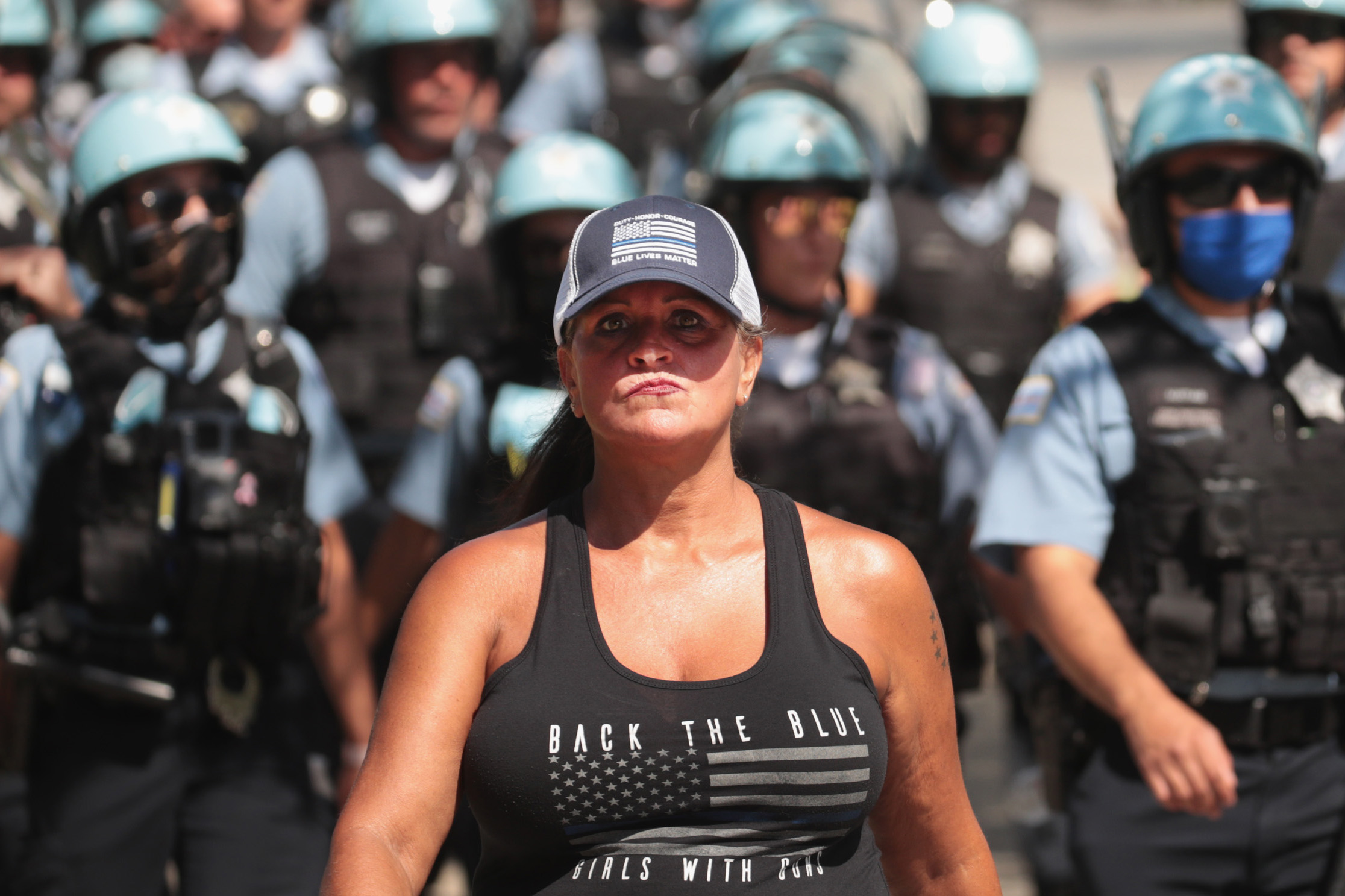 The officer discussed with the DCNF how his wife fears for his safety when he is out on the job in the current chaotic political climate. He described watching the video of former officer Derek Chauvin kneeling on George Floyd’s neck, noting that he and his fellow officers were horrified at Chauvin’s actions.

“I’ve never heard of that before,” he said, referring to Chauvin kneeling on Floyd’s neck for almost nine minutes. “We were all like what the hell? What is going on here?” (RELATED: Derek Chauvin Found Guilty Of Murder In Death Of George Floyd)

Progressive local officials like the Fairfax Commonwealth’s Attorney Steve Descano only make officers’ lives more difficult, the Virginia cop said, noting that Descano “hates police.” Descano did not immediately respond to a request for comment for this story.

“That’s kind of a problem,” the officer said. “We need to be on the same team to fight crime.”

Those of us who wield power in this system have a responsibility to learn from & be responsive to this pain. In Fairfax County, I will continue to serve as the independent check on the justice system the community deserves & hold police who abuse their power accountable. 2/2

The officer suggested that the best way Americans can champion police officers is to tell their local representatives that they support law enforcement and want the police to be able to to do their job.

“I mean, look at the crime rate around the nation, especially around Northern Virginia,” he said. “We don’t want that. We want to live in a safe area.”

“We need need help in government,” the officer said. “We need people to be a voice of reason, go to your legislators, contact your local reps, enact laws and do things that will help police not try to hamper us or tie our hands behind our back with every single law they try to pass against us.”