During an emergency meeting Sunday, the Boston Teacher’s Union voted “no confidence” in superintendent Brenda Cassellius as 28 schools were gearing up to resume in-person classes for special needs students, according to NBC Boston.

The union said it did not believe that the 28 schools set to reopen would meet the safety standards in place at the four schools that had already reopened for high-needs students. Union members prepared for a ‘standout’ and other measures in case they do not reach an agreement with the superintendent. Despite this, 1500 students will return to in-person learning Monday, reported NBC Boston. (RELATED: Some School Districts Are Teaching In-Person. One Will Find Every Excuse We Can To Stay Open) 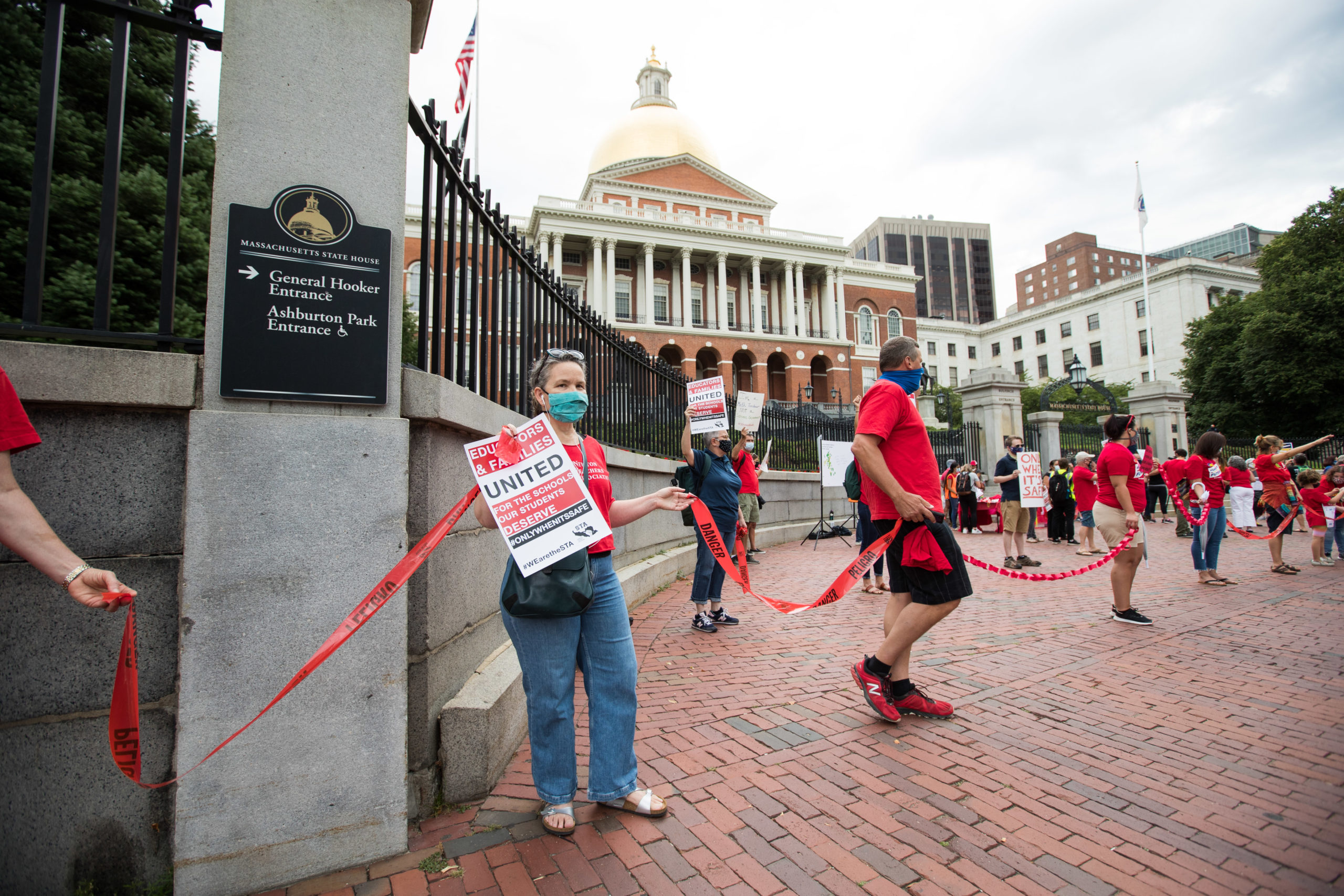 People participating in a protest organized by the American Federation of Teachers form a human chain around the Massachusetts State House on August 19, 2020 in Boston, Massachusetts. The group is calling for a uniform requirement for all districts to start the school year with a comprehensive distance learning plan (Photo by Scott Eisen/Getty Images)

Over 80 parents gathered in Nubian Square on Sunday calling on administrators to permit special needs students to go back to the classroom. Parents said the district is ignoring students who are struggling with online learning, according to NBC Boston.

Boston Mayor Marty Walsh stated that he hopes to to reopen all public schools in January. Superintendent Cassellius stated that air purifiers were installed in schools that did not have HVAC systems, reported NBC Boston.