Education Secretary Betsy DeVos announced Friday that federal student loan payments will be suspended through the end of January.

The relief, which was set to expire Dec. 31, has been extended another month for the roughly 41 million Americans who have benefited from the grace period. Federal student loans will not accrue interest during the time period and borrowers are not expected to pay their monthly dues.

However, DeVos said it should be Congress, not the executive branch, to take action to deal with student loans. 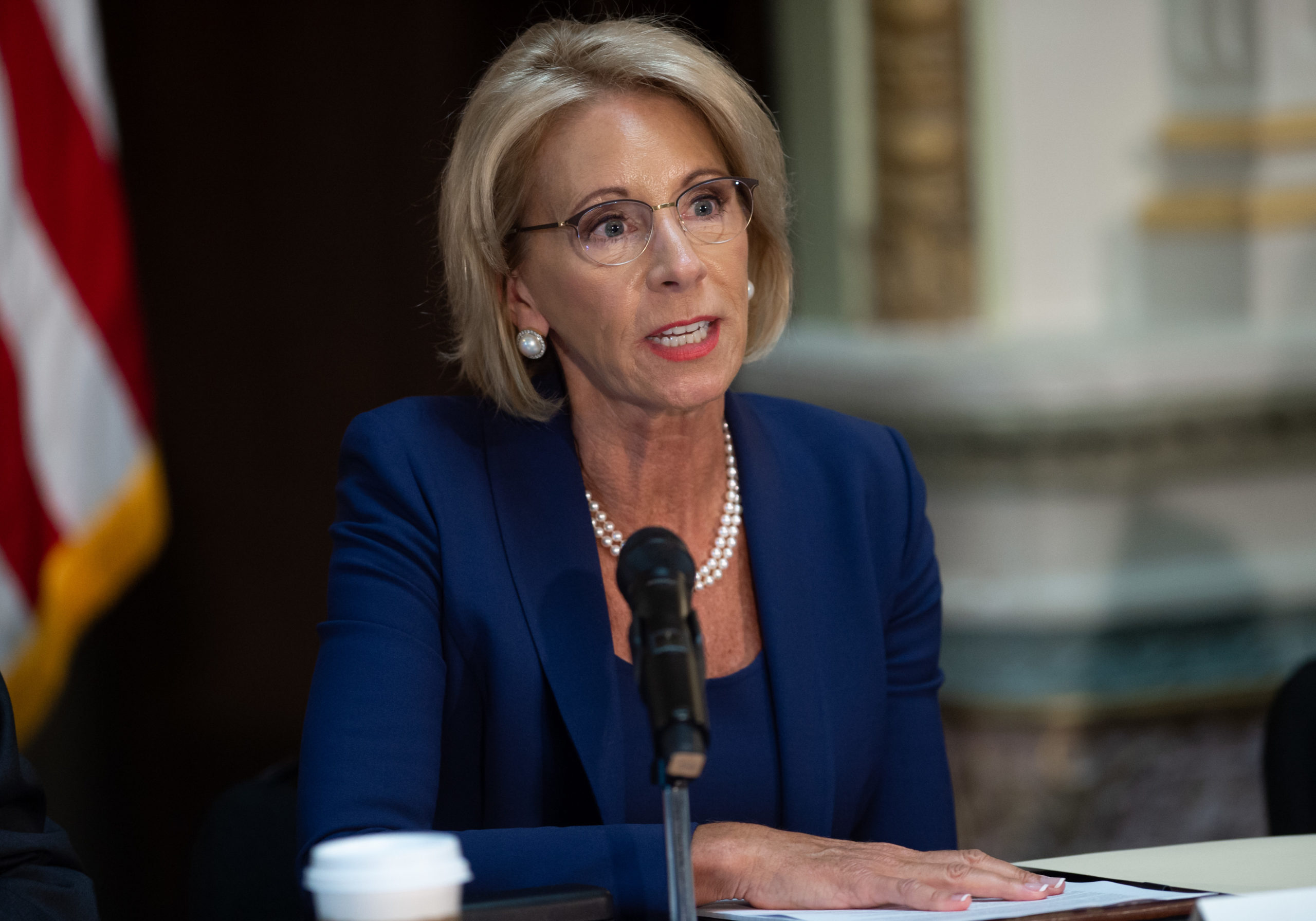 US Secretary of Education Betsy DeVos speaks during the fifth meeting of the Federal Commission on School Safety, focusing on the best practices for school building security, active shooter training for schools and practitioner experience with school-based threat assessment, in the Eisenhower Executive Office Building, adjacent to the White House in Washington, DC, August 16, 2018. (Photo by SAUL LOEB / AFP) (Photo credit should read SAUL LOEB/AFP via Getty Images)

“The coronavirus pandemic has presented challenges for many students and borrowers, and this temporary pause in payments will help those who have been impacted,” DeVos said in a statement. “The added time also allows Congress to do its job and determine what measures it believes are necessary and appropriate. The Congress, not the Executive Branch, is in charge of student loan policy.”

Last month, the American Council on Education and other higher education associations called on DeVos to extend the relief amidst a recent surge in coronavirus cases which could lead to more unemployment, according to the Associated Press. (RELATED: Betsy DeVos Reportedly Being Investigated For Possibly Violating Hatch Act In Fox Interview)

“Bringing millions of Americans back intro repayment in the thick of this crisis will cause additional financial hardship and force borrowers to make difficult decisions about their limited resources,” the group said in a letter.