House Republicans released their agenda Tuesday ahead of the November 3 elections, listing focuses on specific policy issues as they try to regain control of the House.

House Minority Leader Kevin McCarthy and House Republicans released their agenda with three main points: “Restore Our Way of Life,” “Rebuild the Greatest Economy in History” and “Renew the American Dream.” House GOP members gathered on the steps of the Capitol Tuesday officially announcing the agenda.

“Republicans helped build the greatest economy in a generation and the American way of life was thriving,” McCarthy said on the Capitol steps, introducing the “Commitment to America,” ABC News reported. “We will do it again,” McCarthy added. 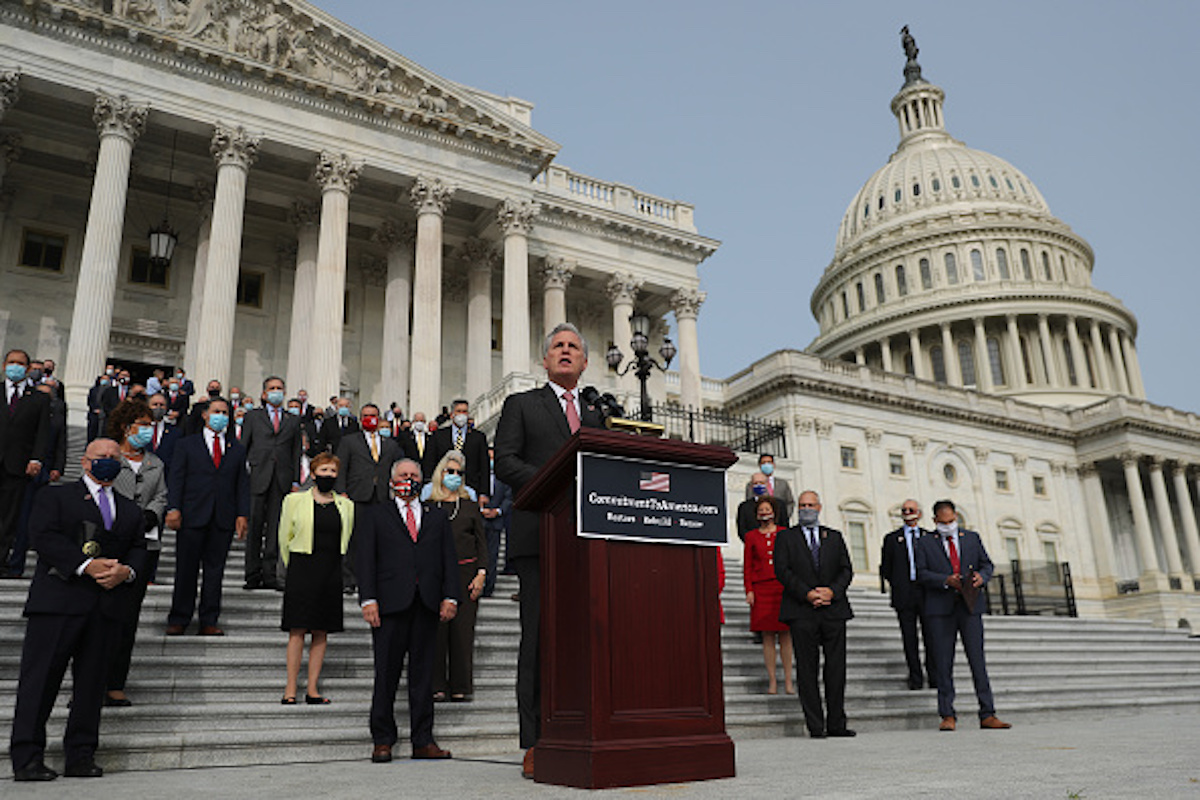 House Minority Leader Kevin McCarthy (R-CA) is joined by fellow House Republicans while introducing their proposed legislative agenda, called the “Commitment to America,” on the East Steps of the House of Representatives September 15, 2020 in Washington, DC. (Photo by Chip Somodevilla/Getty Images)

In the agenda, Republicans say they plan on “Tripling rapid COVID testing and developing a vaccine that is safe, effective, and available this year, Investing in therapeutics and cures, slashing drug prices, and ending surprise medical billing, Protecting individuals with pre-existing conditions and expanding access to affordable telemedicine, mental health services, and opioid treatment, and Modernizing our medical stockpile to prepare for future pandemics.” (RELATED: Jim Cramer Calls Pelosi ‘Crazy Nancy’ Right To Her Face During Televised Interview)

The announcement comes as the House is currently working on a coronavirus stimulus package they hope to have passed before the elections in November. However, Republicans would need to support the legislation. (RELATED: Senate Democrats Block Coronavirus Stimulus Package)

Republicans are also actively fighting to win back the majority in the House and need just 17 seats in order to do so.