Loans from the Paycheck Protection Program (PPP) are not enough to save many small businesses from laying off employees, a recent survey found.

A poll conducted earlier this month by the National Federation of Independent Business (NFIB), the largest small business association in the United States, found that 22% of businesses that took a PPP loan have already or anticipate having to lay off at least one employee. Only 14% of businesses said the same in mid-June, according to the NFIB. (RELATED: Coronavirus Restrictions Devastate Black Business Owners, Who Are Down 41%: Study) 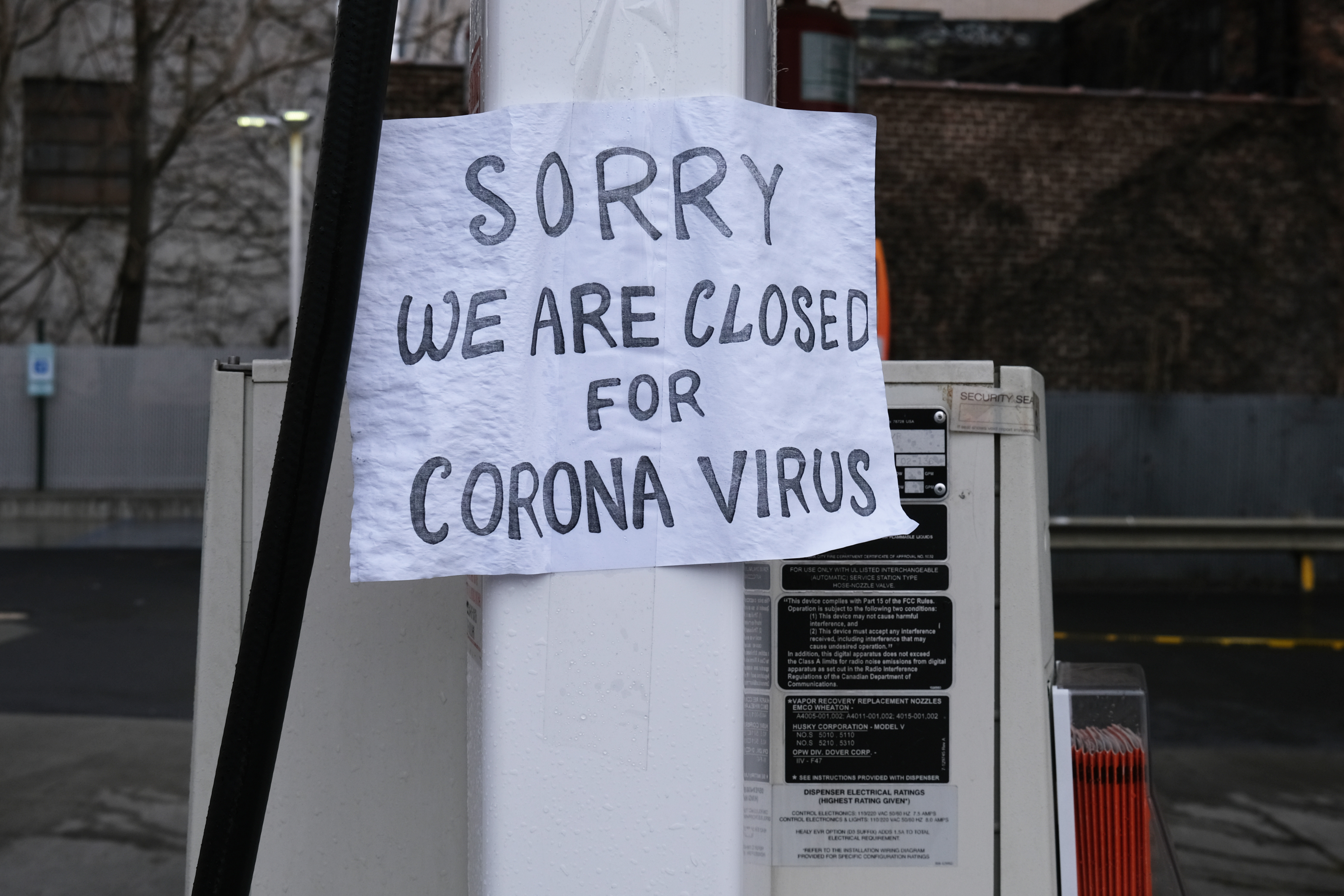 A sign at a gas station alerts customers that a business in Queens, which has one of the highest infection rates of coronavirus in the nation, is closed on April 03, 2020 in New York City. Hospitals in New York City, the nation’s current epicenter of the COVID-19 outbreak, are facing shortages of beds, ventilators and protective equipment for medical staff. Currently, over 100, 000 New Yorkers have tested positive for COVID-19. (Photo by Spencer Platt/Getty Images)

In another recent survey conducted by Goldman Sachs, just 16% of PPP loan recipients were “very confident” that they will be able to continue to make payroll without any additional government aid, according to Axios. Axios further reported that 77% of businesses reported that they had been able to make 75%-100% of payroll after taking a PPP loan initially, but 84% said that by the first week of August, all the funds from the loan would be used up.

The PPP was a $670 billion loan program designed to help businesses survive during the coronavirus pandemic. The Treasury Department and Small Business Administration (SBA) announced July 6 that since it was launched in April, the PPP has supported more than 51 million jobs. The SBA said between 72% to 96% of small business jobs across the country had been supported by the program.

Now, the PPP is facing criticism for not being enough. A paper from the National Bureau of Economic Research claimed that for a program of its size, the PPP did not restore jobs to the level that would be expected, CBS Moneywatch reported. One of the paper’s authors, economist Michael Stepner, told CBS that “the program spent vastly more money than the number of jobs it saved.”

Companies with fewer than 500 employees typically qualified for loans. However, the National Bureau of Economic Research study found that when comparing businesses that were eligible for the loans to those that were not, employment levels fell at nearly the same rates even after the program began, CBS reported.